A wide variety of both official and fan-created modifications are available for Skyrim, using the packaged "Creation Kit". These mods are aggregated on the Steam Workshop and Skyrim Nexus, among other sites. The mods include features such as more vibrant night sky, new lighting systems, new characters and locations, user interface updates, and more. The first official Skyrim modification was The Fall of the Space Core, Vol. 1, created by Bethesda in collaboration with Valve Corporation. It causes the Space Core ?- a fictional device from Valve's video game Portal 2 ?- to fall from the sky and land in a burnt-out house near Whiterun. The Space Core (voiced by Nolan North) acts as a non-player character, following the player around the world of Skyrim and dispensing space-related comments.Dawnguard, the first downloadable add-on for Skyrim, revolves around a battle between the Dawnguard and Clan Volkihar.

The Dawnguard, a band of vampire hunters, rely on the use of their trademark crossbow weapons in their pursuit against Clan Volkihar, a family of vampires. Early in Dawnguard's quest line, players must choose which faction they join forces with. Dawnguard adds new content to the game including weapons, magic and armor, and expands the abilities afforded to players who choose to become either a vampire or a werewolf. It also adds two new areas outside of the main land of Skyrim to explore?-the Soul Cairn, a plane of the realm Oblivion, and the Forgotten Vale, a secluded glacial valley. Dawnguard released on the Xbox 360 in English-speaking territories on June 26, 2012, and in European countries in mid-July 2012. Via the digital distribution platform Steam, Dawnguard released for Windows on August 2, 2012. Performance issues on the PlayStation 3 platform hampered Dawnguard's, and subsequent content add-ons', release on it. Dawnguard eventually released on the PlayStation 3 on February 26, 2013 in North America and on February 27, 2013 in Europe.

Hearthfire, Skyrim's second add-on, allows players to build houses and adopt children. Three plots of land are added to the game world, which players can purchase. Once land is purchased, players select rooms to add on to the basic template of the house, built from raw materials like lumber and clay which can be harvested or purchased. Players may also adopt up to two children and have them live with the player's spouse in their houses. Hearthfire released for the Xbox 360 on September 4, 2012 and for Windows on October 4, 2012. It later released for PlayStation 3 on February 19, 2013 in North America and February 20, 2013 in Europe.

Dragonborn is the third and final add-on for Skyrim. It revolves around the player character's efforts to defeat Miraak, the first Dragonborn who has become corrupted and seeks to control the world. The add-on takes place on the island of Solstheim, which like Skyrim is presented as an open world. It adds new content to the game and allows players to ride on the backs of Dragons. Dragonborn released for the Xbox 360 on December 4, 2012, for Windows on February 5, 2013, and for PlayStation 3 on February 12, 2013. 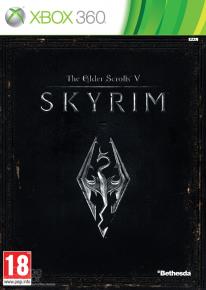