Background:
Zombies are everywhere in the entertainment business. We find them in games, movies, novels and comics. There is something suspenseful about these braindead and stimulous bound creators who were once human. In the Zombie shape they are just wandering around looking and thirsting for prey. An endless cycle. I have not played too many games with zombies but the few to mention are Resident evil series and Dead island. The latter never got my full attention but the former is a classic (Resident evil 1). After playing game within the 4X and grand strategy genres I needed a break. This break comes in form of games of a different calibre. Dying light is a such game where you can let your inner survivor unleash. Excellent for me! I have only played about 113 (I am playing The Following at the moment since I finished the main campaign) hours and there are more to come game wise. But I think I have already seen enough to write a review.

Gameplay:
I was a little unsure whether to buy the game for Xbox One or PC. My experience is that games tend to be better on pc so I bought it when it was on sale last week. I played it with a Xbox One controller. It connected without any problem and the buttons mappings were already good enough. I had an issue with the RB button for jumping but after a little while I got used to it. It is actually pretty convenient because you need the right analog stick to steer the camera so you can jump where you want. The menu is tidy and easy to navigate through. All you need of information is easy to find. Game runs smooth and I did not experience any difficulty. Buttons are reponsive and the character is easy to control. The minimap is easy to comprehend. When you become familiar with the fighting it is really fun. Not too complicated or too easy.

You have to be systematic and choose your battles. I had huge problem with the orange zombie at the beginning but when I realised that patience is a virtue, it became easy. It is all about learning patterns. In this example the orange zombie sometimes will swing his weapon and can be very dangerous. But since the weapon is heavy he will have a cooldown period. Then you can attack and run away because he is too slow. I hit him about 20 times with a brick hammer before he died. Man, that was a tense battle. You can also weaken him a lot with throwing stars. One time I spent about 20 before he was down. Always look for upgrades and experiment.

Graphics:
On pc the graphics are just beautiful. The terrain is well designed and everything look pretty. I have all settings on high, FOV around 85 and view distance at 45%. It still looks nice. I experienced some small glitches though like a zombie when attacked was kind of falling through a wall. But these are few and do not spoil the gaming experience. The environment is beautifully designed and the level of details are high.

Sound:
First of all the OST is amazing. Tracks are both pacey and calm and adds flavour to the game environment. I liked it so much that I created a music mod for Stellaris! At daytime the zombies scream a lot and it is scary. Just wait for nighttime!

Verdict:
This is a good game and it has got many positive reviews already but also some negative ones. For me it was all about once again feeling the dread and never have a sense of security. Last time I had this feeling was in Alien: Isolation. In Dying light roofs became my shelter. At daytime. The first night was a hell and I had to hide in a safe zone several streets from the tower where Brecken and co. were residing. I sat there like a wimp and waited. But then I got some power to just do it. So I ran. And ran. I ran until I the tower was visible with three nightmares behind me. It was thrilling 35 seconds. Some hours after I tried to be first to the airdrop at night. I was about to chickening out but then got nerves of steel and just ran my route while looking frantically on the minimap. I barely made it and the adrenalin kick was worth it! Later right after the night was over I ran to another airdrop, but there were already two thugs there. I managed to kill the first one and the other ran away. I got my stuff. Calm and steady.

My advice is that you take your time in the game and do not just rush through missions. For example unlocking so may safe houses as possible will be of great value when doing night missions. I spent a great amount of time to do exactly this and things were easier later on. Also wander through the map and get to know your terrain. Do not make too much noise and avoid explosions on any cost beacuse the sound attracts one kind of zombie which is just insane and can climb and reach you wherever you are. Dare to think and act differently than just go all in and lose valuable survivor points. I used molotovs often and many times I climbed up on roofs and eliminated threats by taking the enemy down from a safe position. Use throwing stars, knives and so on.

So take your time and enjoy the game. Just make sure to be home before midnight...you never know what is in the shadows...

I highly recommend this game. So much that when my computer went black and needed repair I bought it for XB1 and enjoy it very much. 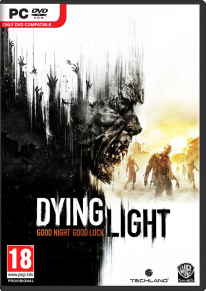