Background:
I am a huge fan of Alien movies and have seen everyone released. Well, I have not yet seen Alien: Covenant but will do as soon as it is released on DVD (yes, I still watch movies on DVD). I have played and been disappointed with Aliens video games. When Alien: Colonial marines was released I had huge expectations for the game. Man I was disappointed. It was just shoot shoot and shoot. No element of fear or despair as we saw in the movies, especially the first Alien movie. So when Alien: Isolation was announced I was ambivalent but decided to wait and see. After reading several reviews which were mostly positive, I bought the game and have not regretted.

Gameplay:
I played the game on PC with Xbox 1 Controller. It was very well ported from the console versions and everything ran smooth. The menu is easy to understand which make crafting an easy task. It has to be like it because you seldom have time to craft without being chased by the alien. Aamandas motions are smooth and she can hide i lockers, hide behind desks and so on. With all the assets she gets during the game everything is easily available. She can run but not jump which was for me a minor flaw but surely this make the game experience even more tense.

Graphics:
The game is pretty to watch with all setting on maximum. The environment is so retro and true to the first movie. You feel like you are in the game. Nothing to complain about here!

Sound:
In stealth games the environment is your best friend. With so many sounds and the alien lurking around you have to ble able to listen ti its footsteps. This is done greatly in the game. Music is played where appropriate.

Verdict:
This game is highly recommended. Never have I been so careful with my weapons, ammo and other assets. The alien is pain in the♥♥♥♥♥in about every part of the game and you have to be clever and observant to outplay it. Maybe the game was drawn a bit too long but this does not merit a negative score. I was terrified and anxious most part of the game. Some players said that they were not terrified but have not we met such people before? They are never touched by anything and are heroes. This game managed to implement the dread, despair and fear people in the first Alien movie must have felt. In some parts of the game I was hidden inside lockers for 15-20 minutes because I did not know which strategy to use. Never have stealth meant so much!

This game is highly recommende.

Thank you for your time. We will take care of this matter as soon as posible
I totally agree with your review of the game. I played it last year and totally loved it from beginning to end. The sound, atmosphere and of course the story was very interesting and cool. This game would not been scary if it wasn't for the soundtrack in the game or the way the alien is after you. Good review and keep up the good work! 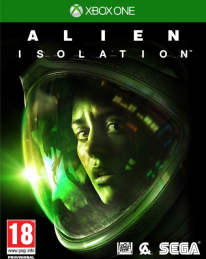