We become martial arts masters (or try to) with Sifu! After watching how a mafia killed our father during our childhood, we train hard and carefully to be able to avenge him and ourselves, since in reality we were also killed, but thanks to an ancestral amulet we manage to survive and be able to play with life and death in our favour to put an end to the murderers of our family. But everything has a price and reviving from death is not going to be a cheap one, so every time we die we will age more or less years depending on how many enemies we kill, so it's not enough to just beat the crap out of them, we have to be efficient and direct to not waste time on the road, literally. 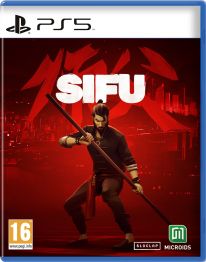 Sifu - Live Action Trailer ''At The Cost of Time''

Sifu - Behind The Scenes: The Sound of Sifu