"I really have to spend a few words on where I feel HGC went wrong as well," sa CEO Victor 'Nazgul' Goossens.

"Ultimately within Blizzard there was a commitment to putting a product out there, but far too few resources were spent to establish monetization that I am confident would have supported the league because of the game's devoted fan base. In a total absence of finding revenue it just became a pure marketing spend. That leads me to another point, which is that if a publisher isn't able to monetize their league as a sport, but still sees value in the marketing for their game, they absolutely have an obligation to not treat it like any other marketing department operating on a year-to-year budget. This isn't the same as buying a Super Bowl commercial spot. This is a full ecosystem with hundreds of young adults relying on its existence. To just pull the plug on it overnight is entirely irresponsible. There should be long term commitments from publishers to the leagues they run and a decision about discontinuing should be made well in advance. I understand the league may suffer a bit if everyone knows early on that it is going to end, but the human benefits here far outweighs the downside."

Heroes of the Storm får ny helt i august

Orphea avduket til Heroes of the Storm

Heroes of the Storm 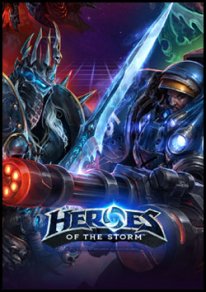