"After Kragie chose to leave we all talked things through, we talked about our recent performance, the option of bringing in a new Danish DPS player and the opportunity for the rest of us to pursue our own goals (OWL tryouts, other team offers etc.). It really wasn't an easy decision as some of us played together for close to a year, which is a lifetime in esport. We decided to part ways, but every one of us is still on good terms and still very good friends outside of the game. We would like to thank Singularity for allowing us to prove ourselves and being able to play under their name. Even though we never did go all the way. We are very satisfied with many of our results. We wish Singularity, as well as our coach Whatsgood good luck in the future, hopefully you will still be seeing us around the Overwatch esport scene in the time to come."

"Earlier this week I heard about the fact that the Danish roster was going to disband so me and Fischer spoke to Kellex about potentially taking over the spot. The original roster all agreed as they weren't going to use it. We had only a few hours to select a roster before the roster lock so everything was a bit of a rush(...)This team is purely a tool for the players to a) stay warm on a competitive level via scrimming and competing regularly b) potentially gain exposure for the upcoming OWL. This means that all players have agreed that should OWL trial opportunities arise we will prioritise that for any player." 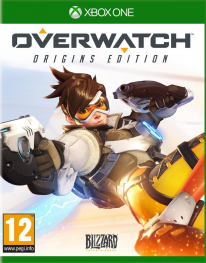